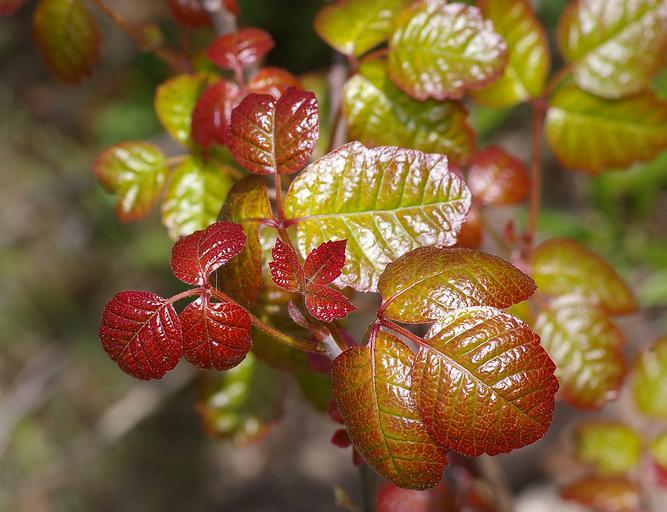 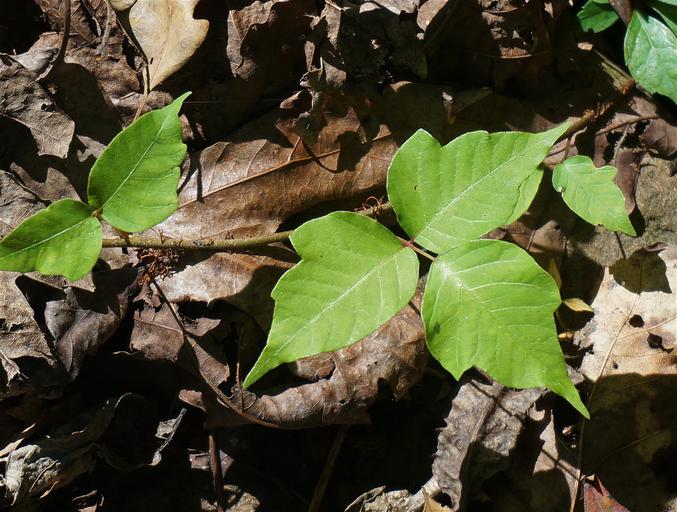 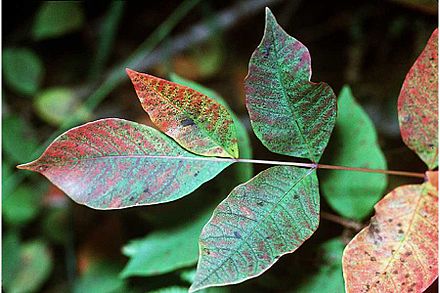 Poison ivy, Poison oak and Sumac are found everywhere in the United States. They have a sticky, long-lasting oil called urushiol that causes an itchy, blistering rash after it touches the skin.

You don’t even have to come in direct contact with the plant to have a reaction. The oil can linger on your gardening equipment, golf clubs, or even your shoes. Brushing against the plant or anything that’s touched it can result in skin irritation, pain, and itching.

Symptoms The allergic reaction caused by poison ivy is known as "contact dermatitis". Poison ivy exposure can result in thin red lines on the skin when you’ve brushed against the edge of the leaves directly. If you touch pets that have the oil on their fur or touch clippings when emptying the mower bag, the rash can cover a larger area. Swelling

Difficulty breathing if you inhale smoke from burning poison ivy

The rash may begin appearing within 12 hours; it can take a few days to fully develop. Its severity depends on how much urushiol you get on your skin.

As Homeopathy go with symptoms considering the wholistic totality of symptoms we have excellent homeopathic remedies for all these poisonings. By matching up the symptoms and characteristics of each individual case with the known characteristic symptoms of the remedies, good results can be obtained.

According to Boericke, Its skin symptoms are similar to Rhus, and it has proved a valuable antidote to Poison-Oak. Intense itching, vesicular eruption; swelling, with mental irritability.

Burning, stinging, itching, increased by scratching. Itching aggravated in evening and in bed.

Higher potencies are antidotal to the poisoning to plant and tincture. Intolerable itching ; red, measly rash all over skin. Stinging and tingling in skin, burning after scratching.

Burning itching eruptions. incessant itching and scratching; the more they scratch the greater the urgency to scratch.

The itching is often better if hot water is applied; cold air may make the skin feel painful. The skin feels thick and stiff. Especially indicated if the patient feels very restless and must constantly change position. The patient is often very thirsty and may desire cold milk.

It is one of the antidotes to Rhus poisoning, as is evident from its wide and intense action upon skin and mucous surface, causing both irritation and inflammation, with formation of vesicles and mucous discharges.

The skin may feel tight all over. Especially indicated in eruptions of the face and genitals.

It affects also the skin, producing an eruption like Poison-oak, and is antidotal thereto.

burning in open air. The main characteristic is that cold bathing or showers give a sense of relief.

Sumac Poisioning; The eruption is characterized by oozing a sticky exudation. This exudation is usually yellowish or honey colored. Thick crusts may form on the skin. The patient may feel chilly. Often indicated in the later stages of poison oak or in chronic poison oak.

Poison oak (locally as a wash)

Rhus poisoning ; small pimples coalescing into blisters size of a split pea, filled with yellow watery fluid, with intense itching ; worse at night after 12 P. M. ; the only relief he can get is to rub it with something rough, until blisters are open.

Itches terribly; worse, washing in cold water, from warmth of bed and from wet poultices.

Gnawing sensation in skin, not better by scratching.

Applicable to the later stages of inflammation.Yellow, mucous and serous discharges, profuse and intermittent.

Effects of ivy poisoning (Rhus tox.) for months ; repeatedly brake out with small, hard, herpetic vesicles, forming a thin scab, with itching and some moisture.

Washing the affected areas with Fels naptha soap removes and prevents the spread of the oil.

Topically these of some of the home remedies can be applied.

For the burring and stinging rashes Favor cool, bitter herbs like Coriander, fennel, & carraway. Coriander/ Cilantro is also a drying refrigerant with anti-inflammatory qualities. It is quite detoxifying and can be used both internally and topically for rashes.

Fresh Cilantro Juice has anti-histamine effects and is a traditional remedy for rashes like poison-ivy, allergy related hives, and simple sunburns.

Paste of Anantmul, neem leaves power, hibiscus powder, Manjishtha Powder, pure henna powder. These are some of the ayurvedic herbal remedies good for topical application for soothing the burning and itching and for healing the rashes.